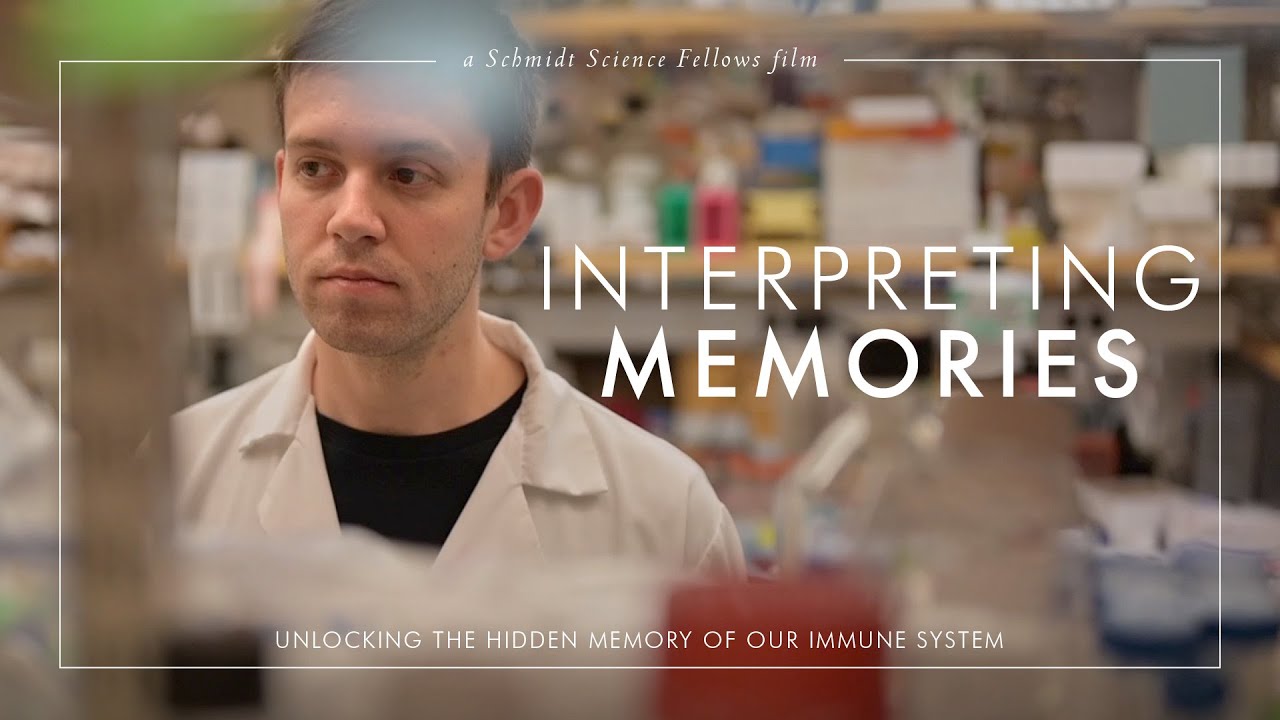 What is failure for a scientist? Is it an undesired result? A new technique that didn’t quite work? Or is it not making a difference to the world through your research?

For 2018 Fellow, Dr Karl Barber, a philosophical and long-term perspective on what really constitutes failure is helping him take more ambitious and potentially higher-impact risks with his science. He explains: “I don’t carry out experiments that are failures, because every attempted experiment helps to create the next iteration. When that is your mentality as a scientist, you can never really fail.”

The unique experience of being a Schmidt Science Fellow has helped Karl to foster this attitude towards failure by providing a ‘safety net’ in case his ambitious work did not turn out as planned: “I wanted to take a big risk with my pivot into my postdoctoral work and the fellowship program was hugely supportive of me and my research. The support helped me to view my research in a way that I was not afraid to fail, which allowed me to take bigger risks with my science.”

Born in Albany, New York, Karl attended the University at Buffalo where he majored in both chemical engineering and French before he went on to complete a year of research as a Fulbright scholar at McGill University in Montreal. Karl’s research during this fellowship served as his first interdisciplinary pivot, introducing him to concepts in biology before he returned to the US for his PhD at Yale University.

At Yale, Karl worked in Dr Jesse Rinehart’s laboratory and in close collaboration with Dr Farren Isaacs. Building on technologies previously developed by these two labs, Karl worked to create an engineered strain of E. coli that allows for the production of phosphorylated proteins. This project drew upon Karl’s training in engineering and biology, bringing them both together into synthetic biology. By harnessing and repurposing E. coli in this manner, Karl developed new tools to synthesise certain human-like proteins that could facilitate biochemical studies or aid in drug discovery.

“…every attempted experiment helps to create the next iteration. When that is your mentality as a scientist, you can never really fail.”

Karl’s second major interdisciplinary pivot came after his PhD at his placement as a Schmidt Science Fellow at Brigham and Women’s Hospital, in affiliation with Harvard Medical School, in Boston.

He wanted to embark on an entirely new project with the aim of developing new technologies related to immunology with a focus on blood diagnostics. It is something Karl had zero experience in, but he had an ambitious idea he wanted to pursue. There was no guarantee of success, but he had a deep personal motivation to make the leap into the new field.

“Rebecca Stempel, my closest friend, died of a type of liver cancer in February 2016 at the age of 25. Fewer than 300 patients worldwide are diagnosed with fibrolamellar hepatocellular carcinoma, or FHC, each year. It was exceedingly rare.”

His friend’s circumstances changed Karl’s outlook on his science and affected how he saw connections across scientific disciplines. Around the time of Rebecca’s diagnosis, an article in Science proposed for the first time the root cause of FHC, and soon after, Karl unwittingly attended a keynote lecture at a conference that happened to be focused on a protein implicated in FHC. The chance timing of these events solidified Karl’s appreciation of translational research.

Further, a third astounding coincidence brought Rebecca’s condition even closer to home. Karl explains: “There was a faculty member in my department at Yale, Cellular & Molecular Physiology, who analyzed a tumor sample that, by pure chance, was from Rebecca. This professor, one of the world’s leading experts on the sodium/iodide symporter NIS, detected an increase in the abundance of NIS in her tumor, which informed Rebecca’s decision to undergo radioactive iodine treatment.”

Prior to the passing of his friend, Karl primarily pursued work and ideas that piqued his intellectual curiosity, but he became increasingly motivated to take his science into areas with more direct human health applications – even if this meant greater odds of failure by taking larger scientific risks. He says: “I learned about the promise and importance of pursuing personalized treatment options for otherwise intransigent illnesses. I definitely wanted to change my research and focus it to be more applicable to human health. I hope the work I’m doing will directly contribute to some cancer-related diagnostic applications in the near future.”

“Being a postdoc can be a very isolating experience, but one of the huge benefits of the fellowship program is having a strong community of peers who are my allies across disparate disciplines.”

The future is personalized – stopping a disease in its tracks

As a Schmidt Science Fellow, Karl is working in a lab that sits at the intersection of immunology, cancer research and molecular technology development. His PI, Dr Stephen Elledge, is a leading expert in genetics and cancer biology, and, just as importantly, has an impressive track record of translating science into clinically relevant technologies. The Elledge lab has a rich history of creating cutting-edge tools to do blood diagnostics to determine patients’ viral infection histories from small blood samples, revealing which pathogens they have been exposed to in the past.

Karl is currently focused on developing new synthetic protein libraries that will be used in the next generation of blood diagnostic technologies to assist in monitoring our immune system. His novel platforms could have the ability to detect various diseases, including cancer, much earlier than is currently possible, and have the potential to be deployed during routine examinations.

Karl credits his fellowship year and the community of Schmidt Science Fellows for providing both a stimulating and supportive environment for his ambitions.

He explains: “I was able to use my pivot in order to strengthen my understanding of immunology and cancer biology, which are things I’d never studied in the past so there was a very steep learning curve. Being surrounded by the world’s leading scientists in these domains has helped me to think more creatively about the types of technologies I want to develop that will have a direct impact on medical treatments of the future.”

Karl has valued the interaction with other Fellows working in other disciplines, exploring the intersections of their work and how their expertise can be applied to each other’s scientific problems. He says: “Being a postdoc can be a very isolating experience, but one of the huge benefits of the fellowship program is having a strong community of peers who are my allies across disparate disciplines. Interacting with the other Fellows has challenged me to think about how my research can be beneficial to other fields, and it’s permitted me to think creatively and structure my research in ways I hadn’t considered before.”

Karl has received an Additional Study Grant from Schmidt Science Fellows to support some of the more high-risk elements of his project before he begins a Jane Coffin Childs Fellowship continuing with Dr Elledge starting in early 2020. He intends to continue setting big, ambitious goals with the aim of improving healthcare outcomes, but with the knowledge that he has the support networks to ensure there is no such thing as ‘failure’.

This article and film is part of the We Are Schmidt Science Fellows series, providing an insight into the science, motivations, and stories our of Fellows – watch the series here.